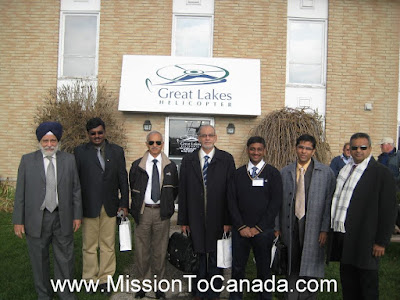 Popular posts from this blog

Our Aim is to help only 1000 Student Pilots in next 3 year for Pilot Training in one of the best Air Transport Association of Canada [ ATAC ] member Flight Training School to train them.

International student numbers in Canada have more than doubled to 178,000 since 1998. Canadian immigration also says that this resulted in employment for over 83,000 Canadians last year.

Our aim is to help only 1000 Student Pilots in next 3 year for Pilot Training in one of the best Air Transport Association of Canada [ ATAC ] member Flight Training School to train them. Canadian Aviation qualifications are internationally recognized Excellent services set-up specifically to help international student Pilots.

As we believe that for
Pessimistic it's Aviation recession
and for
Optimistic it is an Opportunity.


Our Vision
During the Global Aviation Recession period we aim at making our aviation KPO services no frill , low cost a…
Read more

About the IELTS Test

What is IELTS?
IELTS is the International English Language Testing System which tests English proficiency across the globe. Conducting 1.5 million tests in 2010 globally, IELTS is the world’s most popular high stakes English language proficiency test.

Which organisations accept IELTS?
IELTS is accepted by more than 6000 organisations worldwide. These include universities, immigration departments, government agencies, professional bodies and multinational companies. To search for a recognising institution, use the IELTS Global Recognition System.

Who owns IELTS and who writes the test?
IELTS is jointly owned by British Council, IDP: IELTS Australia and the University of Cambridge ESOLExaminations (Cambridge ESOL) and offered through over 800 test centres and locations in over 130 countries. International teams of writers contribute to IELTS test materials. Ongoing research ensures that IELTS remains fair and unbiased. Test writers from different English-speaking countries develop IELTS cont…
Read more